Bitcoin has been mentioned in the mainstream media recently as a ‘new form of electronic money’.  It sounds impressive, but the way it works as a system of ‘money’ is actually not that impressive and easy to explain if you take the ‘tech’ side away.   This is not to say it isn’t an amazing piece of technology however, and the fact that there are around 12 Million Bitcoins in existence since it’s inception in 2009 and each coin is trending toward a value of US$1000 at present, it is not something to be ignored.

Anything rare can be used as a system of money.  Why?  Because if something is rare it is trade-able, and therefore ‘worth something to others’.  Think of gold for example.  Anyone can get it, it isn’t really that special… and it just comes out of the ground.  So why is it valuable?  Well you have to put in a fair amount of work and effort to find your own, and this ‘work by others’ is what gives it it’s real worth.  Also, as time goes on there will likely be less and less gold in easy reach, so the discovery gets harder and more and more effort is needed, with more machinery, more manpower and more scientific know-how to get your hands on some.

Even the humble  postage stamp is an example.  They are produced in a limited number by one central post office and are just a small piece of sticky paper.  However if you can prove they are legitimate and there aren’t many of one particular type a number of years later, people will pay ridiculous amounts of money for some of them, solely for the fact that others would like to have the same one you do.

Where do I dig?

OK, so what if you could produce a sort of ‘electronic file’ that is rare.  Something that anyone could obtain (first hand), but it would require effort, some equipment, and a fair bit of time.  That is essentially describes what a Bitcoin is.

Anyone can produce a Bitcoin.  Well anyone who has enough nous, skills or cash to buy or build a piece of computing equipment that is needed to ‘mine’ one.  ‘Mining’ involves connecting to a public Bitcoin transation log on the internet (called the ‘blockchain’), and running some software to solve some complex calculations.  If your computer spends enough time solving these calculations, you will be rewarded with a ‘result’ which is the magic file you can use as a ‘Bitcoin’. Bitcoin is 100% free to use and free in the sense that all the software and protocols are freely open and available for viewing.

OK, this is the rather simple explanation as the cryptographic  calculations and system model that ensures things like privacy, impossibility to ‘re-spend’ the same Bitcoin, records of transactions etc make up the complex part.  But you can still do it without knowing such stuff, and the equipment needed to get yourself involved in the action is getting more mainstream and easier to obtain.

I want my Bitcoins

But is it worth it?  Well, you might think, “hey all I need is a computer and some software..”. but aside from the fact that computing hardware is not free, every time you run it you are spending money on electricity, internet downloads and possibly the cooling of your room and even the depreciation costs of running a computer.  Also, the entire Bitcoin model is designed in such a way that coins are getting harder and harder to ‘mine’ with more powerful machines needed every day to get one.  A ‘mining rig’ you build now could become obsolete (cost more to run than it produces) after producing just one or two coins.  And if you think to yourself, “what about if I run it on my computer servers at work, as they don’t get used during the night”, well there are still the same costs involved, and there have already been cases of people being prosecuted for such things because stealing computing power and electricity for personal gain is still theft.

As with most perceived ‘rare’ items, it is early adopters that make most of the money, and it is likely over time the rewards will reduce in a similar way to most other investments.  Stamps, Personalised Vehicle Plates, ‘Retired’ Beanie Babies, 1980’s BP Smurf collections and Star Trek memorabilia all have increased in value over the years because others seem to want them.

There are over 500 online stores that will accept Bitcoin for payments which does tend to legitimise Bitcoin as a currency.  The fact that it is very simple to exchange and trade online makes it perfect for internet transactions.  However the value of Bitcoin has tended to fluctuate wildly, there are a number of ‘Exchanges’ (Bitcoin banks) that have failed taking the value with them, and there are a number of cases of people not managing to secure their ‘private encryption key’ (think, bitcoin ‘PIN’ number) and having their coins stolen away from them.

Finally, as of now if you tried to use even a mid spec computer that you already have in your office at home, it would take you around 100 years to get your hands on one.   This is solved somewhat by joining ‘mining pools’ that use large groups of people to obtain and share Bitcoins, but of course as you are a fraction of the pool, you get a fraction of the earnings.  Build your own supercomputer out of specialised hardware and you might get it down to months, or you could just buy one for its current value from a ‘Bitcoin exchange’ of your choice and hope it goes up in value more than a bag full of Beanie Babies.

All about Bitcoin on Wikipedia
The Official Bitcoin site
A useful explanation site about Bitcoin including explanations and videos.
Edward Hadas on the New York Times site says Bitcoin is doomed to fail
Be careful what you throw away…
Keep your Bitcoins safe and watch the online banks… (added 2/12/2013) 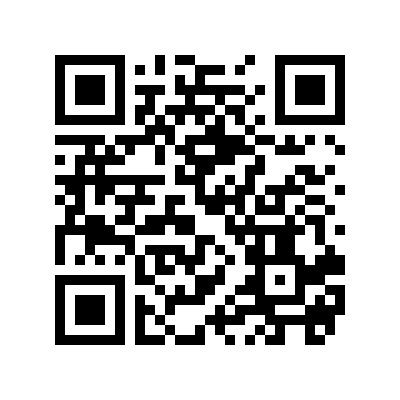