People often ask me for the best way to store their thousands of photos, and I’ve tried a bunch of ways in the past. I take masses of photos (SLRs, Action Cams, Pocket Cams and phones), and running my own commercial (colocated) server has allowed me to use applications such as Gallery, Piwigo and other server apps to store, manage and display them all by myself. I ran with Gallery 2, then Gallery 3 for a number of years, but in the last year however I have changed to a different solution that is working pretty well.

Mine aren’t. Recently people have told me ‘all my photos are on Facebook – so why do I need to back up?’, and maybe for many people this is true now (there is an advert on local NZ TV with this facebook theme for a printer company that suggests maybe you should print some…).  I don’t store many photos on facebook, only ones I share… and they are carefully picked.  I rarely use their album systems (which can be quite confusing where people upload from their phones to an ‘upload’ album, so you might see comments from two years ago for the same album).   Finally, my SLR takes photos in fantastic high resolution… Facebook chops the quality down and once chopped – they resolution can’t be bought back (no matter what NCIS says).

I am also not a huge fan of individual photo printing, It is expensive, and who has the time to flick though them all if they are not displayed in a book? I do however like to display them online, show people albums on my phone, and occasionally create beautiful coffee table photobooks for family and after major events such as holidays.

I really can’t stress enough the importance of backing up your photos, either to multiple portable hard drives or computers (which are kept at different locations!) and/or cloud storage. I’ve lost count the number of times I have heard stories of computers or hard drives being stolen/lost or just the common problem of a laptop ‘failing to boot’ one day, and have had a number of ‘help!’ requests from extended family and friends because of this.  There are also viruses and other software that can destroy hard drive files. Have you considered that your laptop/computer/phone/portable drive is highly likely just to suddenly up and die one day, and when it does, what would you lose?  I have even had a family member who came to me for help as their toddler had used their laptop as a potty! Hard drive dead.  3 years of photos gone forever and even spending $300 with a computer forensics company couldn’t recover the drive.

Gallery3 worked well for a number of years with only a few issues. One of the problems however is that if you run your own Gallery application, you also need storage for all the photos on the server. Having my own dedicated server with a couple of TB of storage made this easy, but it can get expensive. Gallery3, being an complex open source application managed mainly by one person stopped being actively maintained a year or two back, hence it was good to try and find something else. Also, I always really wanted to embed Gallery3 in another site so that photo albums appeared in a similar way to blog posts, wiki pages and other static pages with the same theme.

What I do now (and recommend)

Not long ago, Google changed their Picasa and Google+ systems and set up a new cloud storage system called Google Photos. Google provides free and unlimited storage of photos (and it is damn easy to use)… so long as you don’t mind slightly reduced photo quality. You can pay a bit per month to get storage (ie store them at full resolution), and hence this is what I do.

Google Photos does a lot for you in terms of photo storage and management. (But not everything I need)

The next steps (You can stop reading here if you don’t host your own website!)

Once photos are managed by Google Photos, I set up WordPress on my server (this website) and there is a pretty good quality plugin (pwa+php) that will nicely display any Google Photo albums (or Picasa albums in the old naming convention) in a wordpress post or page. I made a few minor tweaks to the code (separated video from photos so they display last, and changed the display layout slightly so it fit more nicely in the theme) and then added a few more plugins to wordpress to make access easier

And that is it.  A full gallery with heaps of cheap photo storage, nicely displayed on any device in a style of my choosing (and on a website that can hold loads of other content types) with simple login access for family and friends.

Can anyone do this? Sure, of course anyone can use Google Photos directly, but if you want to go the next step and put them into your own site all you need is access to a web server which is easily obtained from many hosting providers (and of course Zorruno Hosting can help you there).  Because the photos are stored at Google, there is no need for large storage and massive server power. 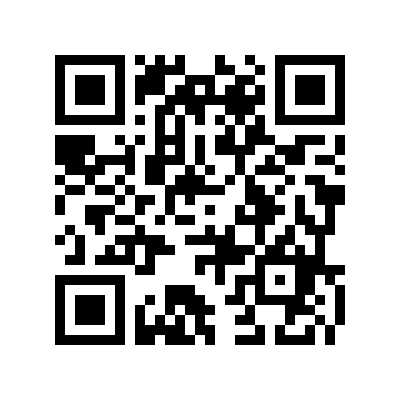