How much do you save buying a used EV, and is it worth it? How long is the payback? Do you want to skip this and jump to the actuals? This is the story of my original conservative payback estimates for buying a Nissan Leaf, but plot twist… the actuals are much, much better. The information and calcs below however will hopefully help you with your decision or not to delve into the world of second hand EVs.

I decided to buy an EV back in 2018. Why? I had changed jobs, and this one had me regularly working the city each day, without a company car (as per a previous job) and use of a much discounted city carpark. Yes I could have bussed (more inconvenience, but at the time the costs worked out similar vs a park and fuel each day), and no I couldn’t have cycled (I’m not insane, and really there is no safe biking method from my suburb to the city… yet). I even have a 50cc Vespa Primavera, but travelling via the motorway is really a necessity from my place. Finally, I also liked the idea of EVs for the low carbon emissions and the fact that again, I’m an electronics geek and this technology is something I can understand even better than mechanics.

Not knowing much about them overall, but being an engineer and technologist I did masses of research over a few weeks and put together a summary to justify another car purchase. My wife and I aren’t ones to spend a lot on cars, although we have a couple of older classics, so would it be worth the outlay?

Could the cost of a second hand EV pay for itself quickly? They aren’t cheap, and the rumors were that the batteries degrade to be useless and very expensive to repair. Having a payback period would mean none of this matters, and any cost saving would be the most important factor.

After the payback date, my thoughts were (and as I now explain it to people) “you can push it off a cliff and you are still better off than you were before”

This is the summary of how I estimated the payback period based on information I knew at the time. Refer to my followup summary of the actuals from 2022.

When I first started looking, I balked at the cost of electrical vehicles. The only thing viable really was a Nissan Leaf, with a 24kWh battery which had been around since 2011. New vehicles were NZ$60k+, some second hand EVs such as the BMW i3 were maybe obtainable, but of course there was no way I could survive with the tiny 90-120km range could I? Would I make it to work?

Well it turns out my carpark is only 22km away from home, so 44km each way. Things are apparently never as far as you suspect, so at a push I could possibly even make it to work and back twice before a topup. I estimated a $16k spend in the purchase of an older EV that had at least 90km range.

How much would I actually use it? Well here is where I was probably the most conservative. Work and back was 44km, and I (like most people) only go to work 250 days in a year. I suspected it would be used a bit more, but just used work days in my calcs, and estimated 66km per work day (which works out closer to 45km per day over a full year (or 16,500km per year driven). I guessed if I did drive it more (I had no idea if I would), it would save even more money.

I say I was conservative here, but jumping forward to my actuals… nobody would have predicted I’d work from home for a couple of years (remember that COVID thing?!). I do tell people that the most annoying part about COVID for me (and of course in jest) was that it dropped the usefulness of owning an EV.

Compare fuel use for current car(s)

How much could I compare fuel use to our current cars? I was driving a 2007 MPV 2.3 turbo as a daily. This is a great allrounder, it has great torque, can tow, is quick and can hold 8 people or most things I might purchase from the local Bunnings. Does not ‘sip’ fuel though (with 240hp), and is shaped like a brick. A carefully measured average ‘mileage’ over a few weeks showed me it would get about 8.8l/100km. At the time we also had a 2010 Mazda Demio, which got a measured 6.8 l/100km and I thought I’d probably end up driving that half the time so used an average of 7.8 l/100km for my initial estimates.

I knew fuel would likely only go up in value, but I had to take a stab at the average over the next few years. Using sites like figure NZ and others to compare, I found the current average and bumped it up slightly. The estimate over the year for all of NZ in 2018 was around $2.20 per litre, so I used $2.30 per litre for petrol in my calcs.

One of the savings I knew about was the fact that EVs have a lot lower maintenance requirements than the equivalent ICE vehicles.

I guessed over the last few years we’d spent about $600 per year in maintenance for the MPV with tyres, brakes, a coolant issue, 10,000km services etc. Probably a bit conservative, but didn’t bother to go though all the mechanic bills (and I do a bit of work on it myself). We’d need to take this into account.

Electricity costs? Well we can estimate those in c/kWh, if we assume that pretty much all charging will be overnight from home. A quick look at my electrical bill (I’m in Auckland) showed me the per kWh cost, but I took an average for Auckland as 30c from the Canstarblue website as I knew this would depend on my plan (which I might change). Looking at the very excellent Sam’s Leaf Guide it says I should get 6-7km/kWh so I used the figure of 4.5c/kWh for electricity in my calcs.

I knew there might be a bunch of free charging around, but also knew I might have to pay for it on trips so these would probably balance out.

Finally I looked at the other potential costs. Should we sell a car? We may not get much for it, but just keeping an extra car around means at the very least registration fees (we have 6 vehicles already…). Any hidden or unknown costs?

What about road user charges – would they be a factor at all? – I was aware it was something the current government was considering. In the end, I added RUCs into the mix, in case it made a huge difference (but zeroed them out, as I didn’t think they would come in to play. Useful for future comparisons though), made calculations for both selling and keeping a car (with a conservative existing car selling price of 6.5k) and of course hidden costs… well they are of course unknown so I’d just have to take a risk.

If I sold our existing Demio (we needed the MPV for towing), the payback should be 4.95 years.

Conclusion:
Payback in Under 5 Years
at 81,000km driven

If I didn’t sell the Demio (or another car to help pay for it), payback is obviously a lot longer at 100 months, or 8.3 years. Still good, but not sure I’d want to wait that long so selling a car is a must.

This was completely acceptable to me. My calcs showed however that payback was only at around 81,000km of driving, so I knew that I could use it for more than just driving to work and back, payback would come more quickly. Other things would help, such as managing electricity usage during peak/off peak (easily done if you are both frugal and a geek like myself…)

How quickly would payback come? Well check out my Actuals. 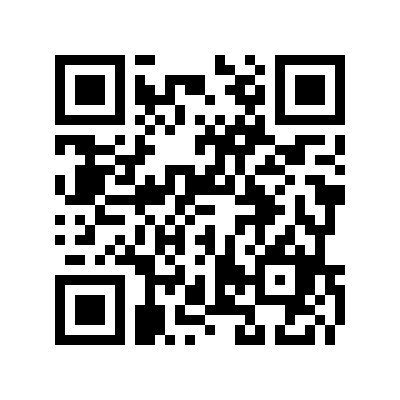