So, home control with your own setup is great, but you have to think about what happens in the event you sell your house, get hit by a bus or someone needs to work on it in the future. Home Automation should add value to a house, not turn people off a sale.

This is part 2 of some of my notes regarding Home Automation concepts. Part 1 is about electrical safety.

That is the first rule I follow, and one that was also reinforced early on when listening to among others, Jonathan Oxer on his superhouse channel.

I have created full CAD drawings of floor layouts & wiring distribution, cabling lists, device schedules with network information and complete diagrams of my main and sub switchboards. Decent documentation is very useful to pass on to a new house owner or electrician, and really impresses a home buyer.

It is also great having the schedules and drawings stored online/cloud based… I regularly need to look at them on my phone when I’ve switched the main power off.

I have an almost 70 year old house, but our renovations have meant that we pretty must stripped all the walls completely, and we luckily have decent access to ceiling and underfloor spaces. This means that I had always planned to pretty much rewire 90% of the house.

The original thoughts were networking to devices in walls, POE and central wiring and controls for everything. This proved near impossible with the layout and also the fact that the house was existing and the majority of it had to keep functioning as we lived in it. If you were building new, central wiring would definitely be the way I’d go.

A better plan once I’d looked at options was to keep the wiring layout traditional and control things with wireless (ie 802.11 Wifi). Not as rock solid, or responsive as central wiring/control, but if set up well, certainly not too much of a compromise. It allowed a piecemeal setup (we were completing rooms at a time) and it solves the ‘future obsolescence’ issue below.

The biggest advantage in doing it this way, is that if you sell your house, or convert it to a rental, (or you drop dead… the worst case scenario!) the next person can at least rip everything ‘smart looking’ out and shove in standard switches.

As well as being able to remove a system entirely, there are a number of ways to plan for a system that might stop working for some reason.

Most Stuff “should mostly work” no matter what.

Most electrical equipment should just work to some extent without wifi, mqtt, and automation control. OK, there might not be a lot of smarts, but at least when you turn a light switch on, you should expect to have some light. This would include most lighting, ceiling fans, lamps plugged in to GPOs.

This is done mostly using smart light switches with traditional power wiring, and default programming for other items. Using sonoffs with a switch or button wired to one of it’s GPIOs would also allow rules for ‘no network’ control.

A useful way of doing this would be say to wire an extract fan that turns on with an actual power switch and a sonoff inline – if you switch it on, have the sonoff by default switch on for say 10 mins (with internal timing in the sonoff). A lamp wired the same way could have the sonoff powered on permanently on power-up, so when plugged in with no network, it just works like a standard lamp.

Things that also have some sort of remote such as fans controlled with iFan02/03, RF Sonoffs, or other controllers that have RF or IR remotes, also work fine offline… just they are limited to remote only.

Wifi only? Allow for this.

Some smarts can happen without complex control. What would happen if you lost or needed to update/rebuild your head end automation? Software like your own implementations of MQTT, Home Assistant, Node Red and certainly anything cloud based will fail at some stage. The ‘mostly works’ is obviously still in place (assuming you have power…), but there are still some controls that would be useful eg 2 way switching.

That is the reason I like the Sonoff rule based controls. I use “WebSend” rules for simple things like 2/3 way lighting, or where buttons connected to one sonoff device control equipment on another (my ceiling fans have unconnected wall mounted buttons). Another example is as fallback for simple temp control, (assuming the temp sensor is connected to the same controller as the heater/fan). Of course it isn’t infallible, and I am always careful to allow for this in my head end control (i.e. confirming what state things are in when controls comes back), but it seems to work pretty well. A decent wifi network helps here too obviously.

Set some defaults, for when everything else except power fails

Finally you need to allow for what defaults you have if you have no head end. Can you flash or turn off some indicator lights on a switch to show it isn’t working if MQTT down? If something is looking for temp control with a remote sensor, do you switch off control altogether, or just use the last value?

Finally, look to using your last will and testament messages in MQTT, your switch/power retain messages in Tasmota and your control sequences to ensure that things come up as you plan them to when your system comes back online (eg if you have locally changed a mode) 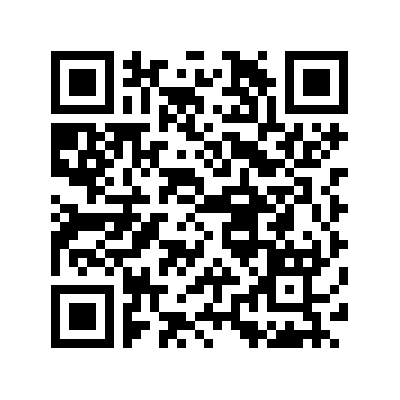